What Is The French Country Kitchen Style?

The French country kitchen style is a traditional theme that combines the Classic French décor with rustic elements of country homes. The main formula balances off the refined elegance of the European style with a more relaxed atmosphere. The result is a cozy and airy kitchen interior with a feeling of a space that’s lived-in.

The French country is definitely not about less is more, as it showcases decorative elements with organic patterns and motifs such as the iconic sunflowers, lavender, or olives. Pastel colors soften these layered prints with whitewashed wood and neutral tones.

The French Country kitchen color palette starts with pale shades of off-white, yellows, and pink but can also incorporate eye-catching tones that are not saturated, such as gold, deep green, or red. Think Provencal herbs, southern skies, twisted vines, and small flowers as inspiration.

The lighter and neutral tones give the space that feminine touch and airy feel, while the bold colors emphasize details and focal points in a kitchen. French Country kitchen colors, when combined well, can create a seamlessly elegant yet welcoming space.

1. Neutral Hues: White, cream, taupe, and gray. These neutrals cover most of the interior elements, and we see white as a dominant color used in different wall or ceiling design types, as well as accents.

3. Accents and Contrasts: Stronger colors such as gold, copper, or pink are common warm colors. Cool tones can also be incorporated, such as green, lavender, blue or purple.

Blue and White Patterned Tiles: Another distinctly French décor is the blue and white patterned tiles. The strong blue accents are inspired by the Mediterranean and Southern France.

Create a section of random blue and white organic patterns or create a rhythmic element with alternating patterns for a larger area.

Simple and elegant, that can make more room for patterned textiles. Small cross patterns can also fill in long and expansive walls adding the decorative element without overwhelming the look.

Mirrors: When you’ve got a small but charming French country kitchen, a backsplash mirror can give open up the space while you’ve got an opportunity to give more fanciful details on your furniture. Hooded vents can benefit from a mirrored backsplash, as well as it reflects and captures light.

Retro-inspired Checkered: A surprising collaboration from the traditional and modern styles, the retro-inspired checkered backsplash does make a statement while allowing the curvy elements to shine through a French country-inspired kitchen.

Fleur de Lis Backsplash Tiles: The fleur de Lis icon is a distinctive symbol often seen in many French interiors with origins from the French monarchs and inspired by the lily flower.

Either oriented vertically or horizontally, the Fleur de Lis tiles create an eye-catching backdrop to your French country-inspired kitchen. To have that three-dimensional effect use bronze or brass metal tiles embossed with the symbol.

Embossed Floral Pattern with Mosaic Border. It adds a three-dimensional effect to the wall space and can be in a monochromatic hue for intricate designs or layer the focal point with metal or glass mosaics for an eye-catching feature.

Most traditional French country-painted tiles are inspired by countryside scenes such as chalets, landscapes, farm animals, flower gardens, or daily activities. The artisan feel of painted tile types of kitchen backsplash successfully adds that charm of the countryside.

Adding this customized touch can be a perfect focal point in the kitchen. Frame the mural with arched molding to further put the image forward in a kitchen setting.

Aside from Fleur de Lis, checkered and cross patterns, lantern patterns in curved or diamond shapes are also a favorite tile pattern. The mosaic tile patterns rarely have straight or rigid lines and will showcase soft curves and feminine designs. Murals are another popular French country-inspired feature.

A humbling element to a fanciful interior, a brick backsplash is not only striking but a practical material, especially when placed behind a stove or cooking range, as it can withstand extreme temperatures.

The red brick with gray or white in a fading finish is a popular backsplash for the French country kitchen as well as the completely whitewashed version.

Today’s French country-inspired kitchen also features a blend of the old and new, while a mix of wood, leather, glass, and cotton creates a layered interior design.

Incorporating other patterns from modern styles are also popular such as adding subway tiles as surrounding tile around a framed mural or a purely white ceramic arabesque tile.

See more related content in our article about mosaic tile kitchen backsplash on this page.

Ellen Siloy is a passionate designer with a Bachelors in Architecture from Saint Louis University. She has extensive experience writing about interior design and green architecture projects. As an architect she is also skilled in the use of Revit, Skethup and CAD software. She is a certified LEED Green Associate and has worked as a LEED Coordinator for LEED Certification of Buildings. 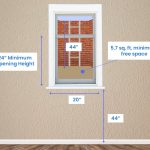