See the pros and cons of dethatching a lawn including how to dethatch, how often, if its worth it, fertilizing, and how it compares to aeration. 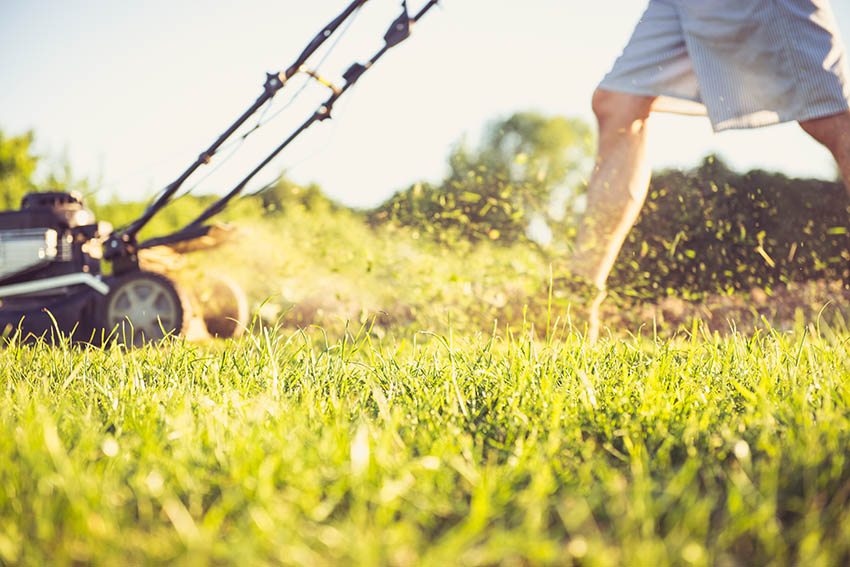 Many homeowners are after a lawn their neighbors can envy. However, a thick layer of organic matter called thatch can create a barrier, preventing your grass from thriving.

Luckily, there’s an option to help! Dethatching your lawn at the right time may just offer your yard the chance to grow into the green landscapes you’re hoping for.

What Is Dethatching a Lawn? 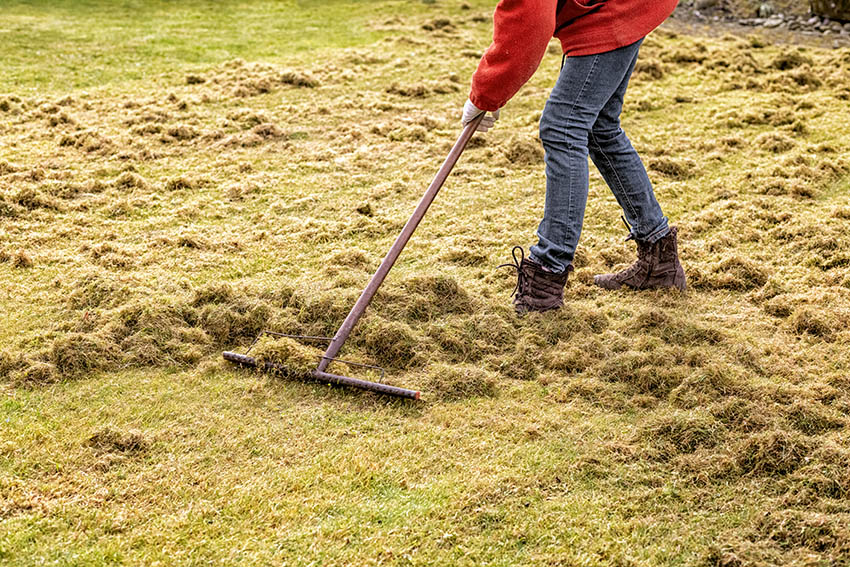 Your lawn is made up of layers. Usually, people think of two layers: the soil and the grass itself. If your lawn is struggling, though, there can be an additional layer known as thatch. Thatch refers to dead grass, debris, and other organic material on top of the soil. A thin layer of thatch isn’t always a problem and can even be beneficial. If thatch grows too thick, however, it can start to cause a lot of problems.

When you’re thatch starts to grow too thick on your lawn, you can dethatch it. Dethatching is the process of removing this layer of thatch to accommodate new growth. Done correctly, it can help you achieve a lush, green lawn!

When you have a layer of thatch that’s too thick, dethatching offers a lot of benefits. Most obviously, you’re removing the layer that’s blocking your grass from accessing its basic needs. Once you’ve removed this thatch, the grass has better access to sunlight, water, and the air it needs to take in.

The lack of oxygen thanks to too much thatch can lead to disease in your lawn as well. Fungal problems are particularly prevalent when there’s too much thatch. Sclerotinia homoeocarpa, for example, is a fungus that loves these conditions but has the unfortunate effect of causing Dollar Spot.

If you use fertilizer or herbicide, dethatching will help you more effectively fertilize your lawn as well. After all, after dethatching it’s much easier for the fertilizer to penetrate the soil and work effectively. With a thick layer of thatch, you risk the materials not making it to the soil. In the same vein, if you’re seeding your lawn, removing thick thatch can help. 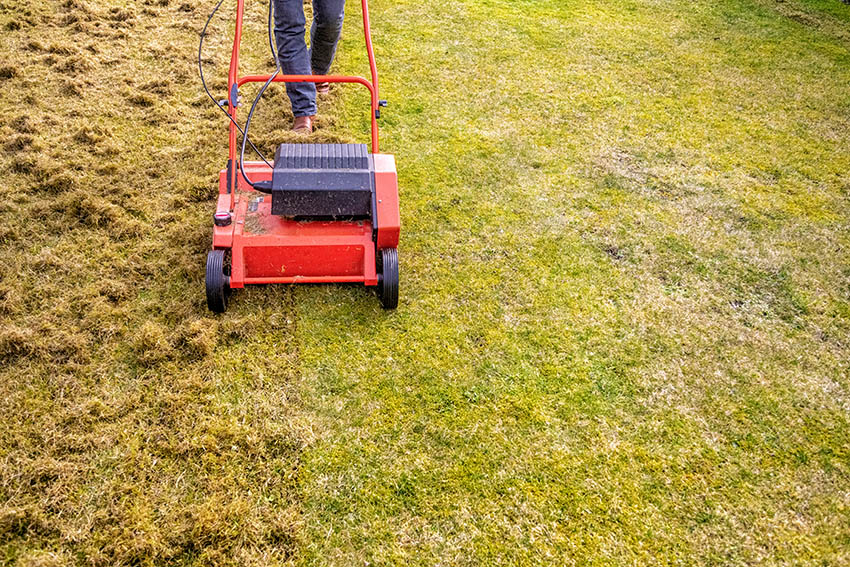 Naturally, there are some cons to dethatching your lawn as well. For one, dethatching does leave your lawn vulnerable for a period of time. It’ll need time to recover after the process and you’ll have to watch for problems during this period closely.

One thing to watch out for is weeds. As you remove the thatch, it’s not just your grass that will benefit. You’ll also give seeds for weeds a better chance to germinate as well. You also leave your lawn more open to damage from frost, so you should avoid dethatching in the dead of winter.

Removing thatch may also lead to drier soil. This is thanks to the increased exposure to the sun, speeding evaporation. Yet, this is countered by the fact that dethatching also helps water reach the soil better.

Less thatch also means more room for turf injury. Make sure to be careful doing any yardwork shortly after dethatching because your lawn has less natural protection against injury until it recovers. This is usually more of a problem when homeowners dethatch too aggressively and damage the lawn during the process.

Is a Dethatcher Worth It?

A dethatcher is a tool that helps you dethatch your lawn quickly and effectively. They come in a few different forms too. You can opt for a dethatching rake if you prefer something manual or even try out a dethatching mower if you’re after something more automatic. However, you could also just use a rake, so is a dethatcher really worth it?

Usually, yes, especially if you have a large area to dethatch. Dethatching can take a lot of time and be a tedious process. A dethatching rake helps with a design made to catch the thatch as you work. A dethatching mower goes even further to automate the job, only requiring you to push it around much like you would a standard push lawn mower.

All in all, while you could get away with dethatching without a tool made specifically for the job, using a dethatching tool will make the job a lot easier!

How to Dethatch a Lawn

You have a few options on how to dethatch your lawn. If you’re interested in moving quickly, there are even a variety of dethatching tools you can use. For something quick, you can use a dethatcher mower which does the job for you while you push the machine, much like a regular lawn mower.

There is an option to do so manually if you don’t want to invest in additional equipment. You can get a dethatching rake for this but a standard rake can work in a pinch. The important thing is that your rake can reach deep enough for the job.

First, take your rake and push it into your lawn. The goal is to reach past the grass and to the layer of thatch sitting on top of the soil. Once you’ve caught the thatch in your rake, pull it up and away from your soil and grass.

Video on how to dethatch a lawn:

How Often Should You Dethatch Your Lawn?

While dethatching is a thorough process, the good news is that it isn’t one you’ll have to commit to often. Unlike many aspect of lawn care, you won’t even have to do it every year to keep your lawn looking full and green.

Rather, you should keep an eye out for signs your lawn needs dethatching, such as when you notice a thick layer of thatch. You should check the level of thatch in your yard yearly but it isn’t likely to need dethatching every time you check.

While the process is tedious, you conveniently only need to do it when you notice your lawn needs it. If you dethatch your lawn every year or more frequently than it needs, you risk doing more damage than good. Exactly how often you need to do it can depend on your lawn and the type of grass you have, but most people expect to dethatch their lawn roughly every two to five years. 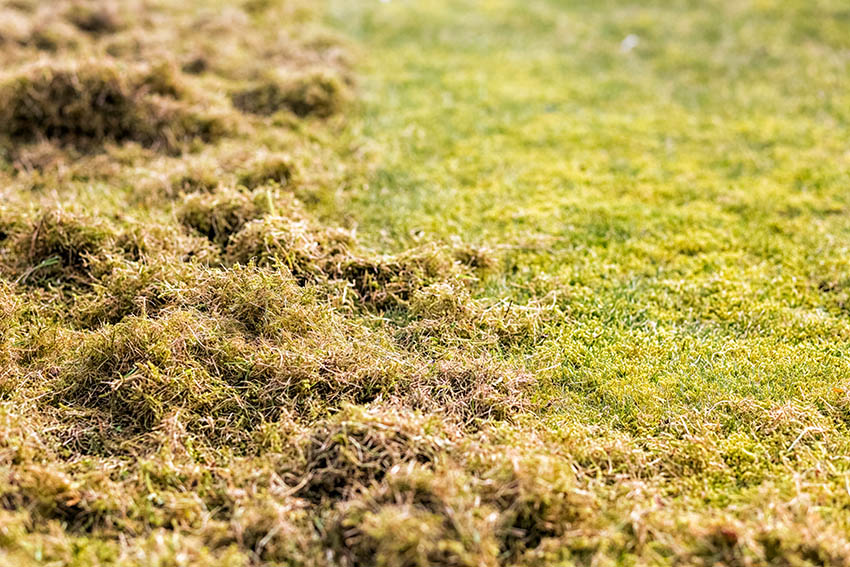 The best indicator is how thick your thatch has grown. This is often hard to see just by looking, though. Rather, it’s best to grab a spade or trowel and dig into the soil. You don’t need to do anything aggressive or extensive. Just use the tool to lift out a section of the lawn, thatch, and grass. This will give you an easier way to measure how thick your layer of thatch has grown. If it’s more than an inch or two, it’s time for a dethatching.

It’s also a good idea to dethatch your lawn while it’s still growing rather than during the dormant season. The peak point of the growing season is even better. This way, once you’re done, your grass will immediately start to grow and your lawn will recover more quickly.

Can You Dethatch Wet Grass?

This really depends on how wet your grass is. Technically, yes, you can dethatch wet grass but there’s a point where it only makes the process more miserable. Dethatching soaking wet grass is possible but it’s not easy or recommended.

This is largely because, much for the same reasons you might skip mowing soaking wet grass, it can make your equipment much harder to work with. Especially if you opt for a dethatching mower or other power tools for dethatching, you’ll find that wet grass will clog them easier. This leaves you with a lot of extra work adjusting your tool every few minutes. Even if you don’t have to unclog your tools frequently, they still won’t work as effectively on wet lawns.

That said, dry grass isn’t necessarily the answer either. A moist, watered lawn is a good setting for dethatching. To give you an idea of how damp, a good rule of thumb is to water your lawn a couple of days before you’re ready to go through the dethatching process. 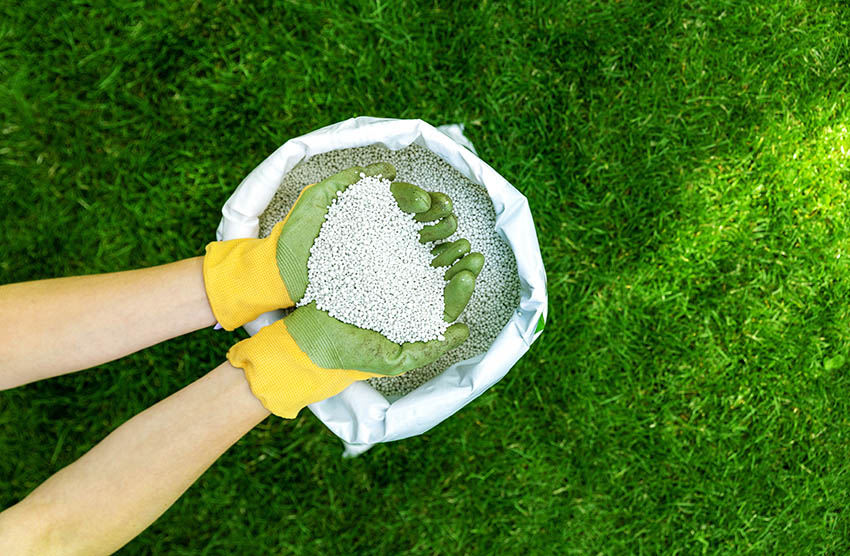 As we’ve said, dethatching your lawn can be really hard on your grass. As such, you’ll need to help it recover. This usually starts with a deep watering that gets moisture to the roots as well. Following that, you can add fertilizer to help further nourish these roots but you’ll want to be careful.

First of all, only use half the strength in fertilizer you’d normally use on your lawn. While the grass is damaged from the dethatching process, you don’t want to overwhelm it. Whether you opt for granule or liquid fertilizer will determine how quickly the fertilizer is released. Liquid fertilizers release faster, meaning you need to reapply soon. On the other hand, granules work slower but you won’t need to spread fertilizer as often.

Remember, you don’t want to put fertilizer on your lawn while it’s dormant. This won’t help your lawn but it will help weeds thrive. This shouldn’t be a problem, though, as you shouldn’t dethatch your lawn in the off-season either.

How Long for Lawn to Recover After Dethatching

Dethatching is good for your lawn when it needs it but it isn’t a process without damage. After you successfully dethatch your lawn, it will need time to recover and grow. You shouldn’t expect to step back and see a full, green lawn the minute you finish up dethatching.

After you dethatch your lawn, you’ll need to give it time to grow back because you’ve just damaged it, albeit so it can grow back stronger and greener. On top of that, many homeowners choose to aerate their lawns after they dethatch them. It takes about three or four weeks after this process for your lawn to fully grow back.

To help it grow back fully, you can seed and fertilize the area. This will help you recover grass where any dead spots or areas of sparser grass are once you’ve finished dethatching your yard. Once your yard is fully recovered and the grass has grown back, it should look even healthier than it did before! 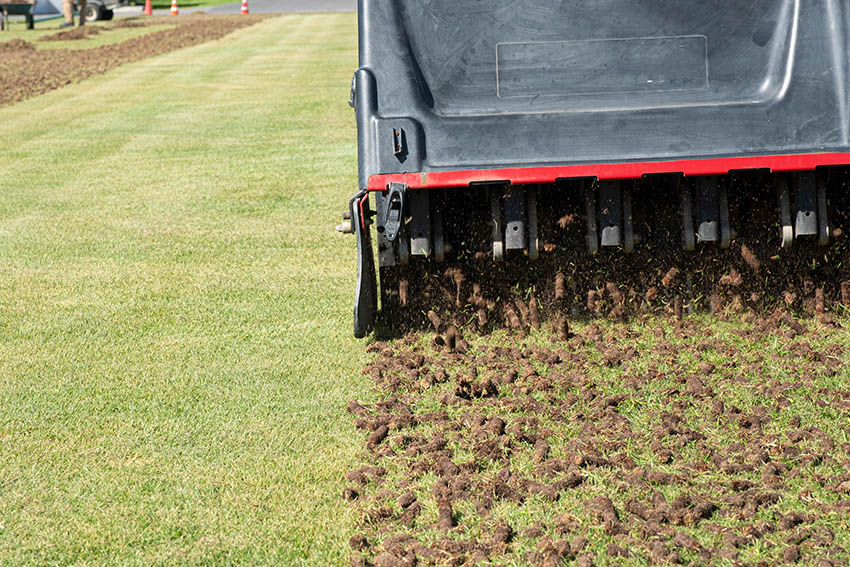 Dethatching and aerating and two separate concepts in lawn care and management. As highlighted already, dethatching is a process to remove the layer of thatch from your lawn. On the other hand, aeration is aimed at removing soil plugs from your lawn.

Aeration is more focused on loosening the soil in your lawn rather than removing a layer. With these soil plugs removed, you can make the drainage in your lawn better and help the roots of your grass access the nutrients they need.

These two processes aren’t the same but they can serve neighboring purposes in lawn care. While aeration doesn’t do much about existing thatch, it is a measure you can take to prevent thatch buildup as well. This is thanks to the microbe growth that aeration promotes. With looser, more aerated soil, these helpful microbes will start to break down the thatch layer so it decomposes properly.

It is worth noting if you’re planning on aerating and dethatching your yard, dethatching before aerating can ease the process. This way, you don’t have to try and aerate your yard through a thick layer of thatch.

What did you think about these pros and cons of dethatching a lawn, is there anything we missed? Please let us know your experiences with dethatching your lawn in the comments below. For more related information visit our article on how to fix a muddy yard here. 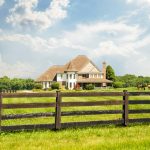