Induction cooktop pros and cons including its durability, safety details and several tips to keep your kitchen cooktop clean. 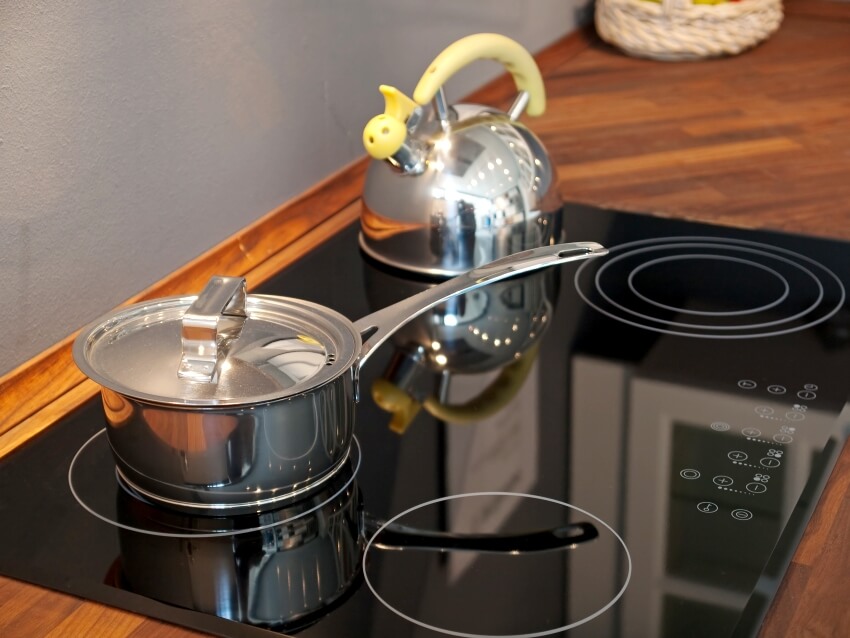 Your cooking approach is influenced by the cooktop you use. The cooktop, after all, is the most utilized appliance in your kitchen. Hence, you must select the ideal one that will suit your cooking style and capabilities.

Nowadays, an induction cooktop has been widely used by a lot of people. Cooking methods have evolved throughout time to become more complex and efficient, as well as increasingly versatile and sleek. And yes, using an induction cooktop is one of the most popular and beneficial cooktops today.

In this article, you’ll learn about the pros and cons of cooking on an induction cooktop.

What Is An Induction Cooktop? 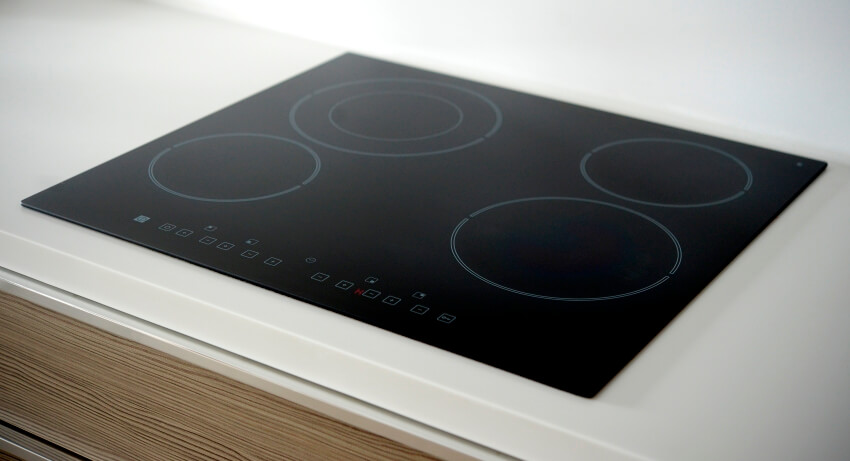 On a flat glass top with burners is where induction cooking takes place. Electromagnetic energy is used to power the heating coils, which is only triggered by the iron in kitchenware. The iron particles present in the cookware agitate as they come into touch with the functioning burners, allowing the pan to heat up rapidly.

The word “induction” pertains to a particular way of producing heat. There is an electromagnetic response between the cooktop and the cookware when using induction. If there isn’t a pot or pan on the burner, simply turning it on won’t produce any heat.

The usage of a certain type of cookware is required to make an induction cooktop operate. To create the electromagnetic response that will heat the food, you’ll need magnetic cookware.

To know if the cookware you’ll use is compatible with the induction cooktop, simply put a refrigerator magnet to the bottom of your pan or pot. If the magnet sticks, the cookware is indeed compatible. 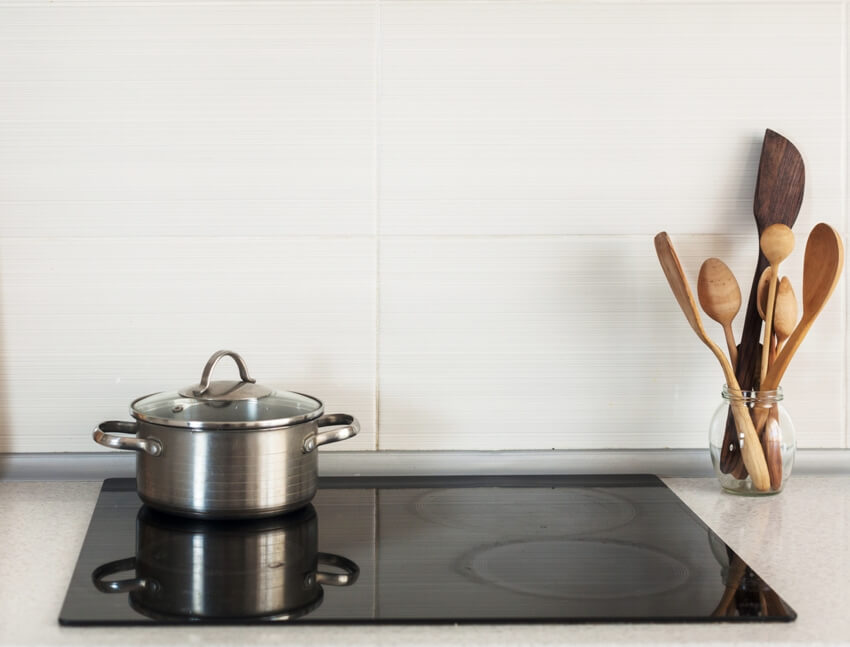 Cooking in an induction cooktop is indeed fast. You can slash up to 50% off your usual cooking times in preparing your best-loved dishes thanks to the electromagnetic cycle’s speedy responsiveness.

Induction cooking is much safer to use, especially if there are children or pets present. The electromagnetic response is used in induction to heat the components inside the cookware. During the procedure, the induction cooktop will be less heated than conventional electric stoves. Both the cookware and the induction cooktop get substantially colder within a few minutes after switching off the heat, making burns far less severe.

Cooking using an induction cooktop is environmentally friendly. Induction cooking consumes less power than conventional burner cooking since it is way quicker and more efficient and quick. It creates practically minimal excess heat, and any heat generated will be contained in the cookware rather than emanating off the cooktop. As a result, there is less energy use and cheaper energy expenses.

Induction cooktops are highly resistant to spills. Having to clean up after an induction cooking activity is simple. The glass cooktop only needs to be wiped off using a damp lint-free or microfiber cloth once in a while. And because the burner keeps quite cool throughout, food and minor spills rarely cling to the surface.

Induction cooktops are truly appealing. There’s no denying that a flat glass-based induction cooktop looks great in any kitchen. They’re often terrific discussion starters during get-togethers! Plus, they increase the value and appearance of your kitchen. 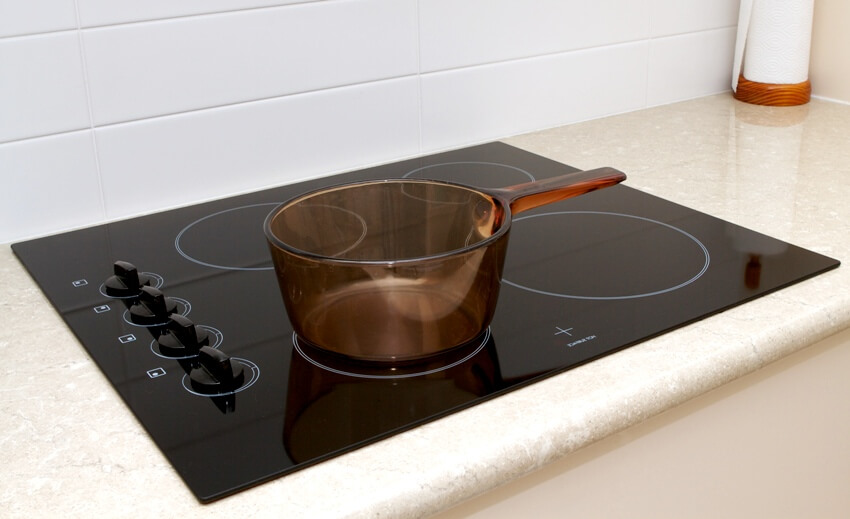 If there’s a power interruption, you won’t be able to cook. If you’re a gas stove user, you’ve probably appreciated the convenience of being able to enjoy a freshly cooked dish even if there’s no electricity. This will not be the situation with induction cooking, since it is powered by electricity.

It is strictly crucial to use specialized cookware. If you don’t use magnetic cookware, the induction process will fail and your food will not cook. For others, this may need purchasing special cookware in addition to the induction cooktop.

Induction cooktops may produce a noise when they are turned on. Most induction cooktops sound like a buzz, a hum, or an electric fan that’s on the highest setting. This is generally due to the cookware you use, rather than the burner itself. Greater noise can be produced by lightweight stainless steel cookware than by heavy cast iron skillets.

Do Chefs Prefer Gas Or Induction? 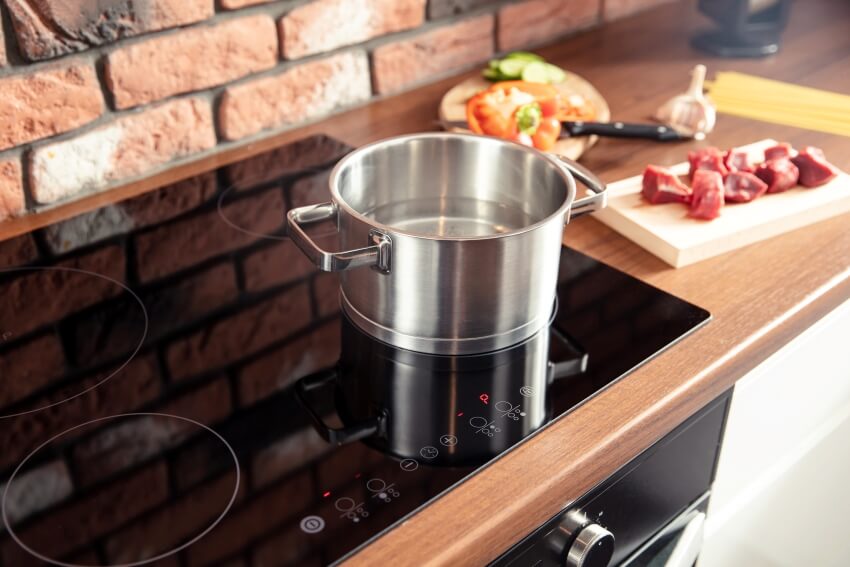 Gas burners are the original and traditional cooktops used by the majority of chefs. But ever since induction cooktops have been invented, it seems that a lot of chefs have turned to use them due to several reasons.

One of the primary reasons why some chefs pick induction over gas is that they are significantly easier to clean after usage. With induction, you’re no longer constrained to a filthy gas stovetop with several components that must be cooled and disassembled before cleaning. When cleaning a gas stove, you’ll have to put in a lot more effort.

A lot of chefs also believe that cooking with induction is significantly faster since you can instantly raise or lower the temperature, resulting in a more economical usage of electricity. In a commercial kitchen, conserving electricity when it isn’t needed makes a big impact.

Yes, chefs can absolutely see the benefits of both induction and gas, but still, there’s a lot of them who are gas enthusiasts, possibly because they’ve worked with gas the most.

Some chefs are also visual people, so being able to manage the temperature by staring at the gas flame is very practical, reliable, and appealing to them.

So, arguably, some chefs prefer induction cooktops because of their efficiency, fast-cooking capabilities, easy maintenance, and appeal, while some chefs still prefer gas burners because they think they’re more effective and precise. See gas vs electric cooktop differences here. 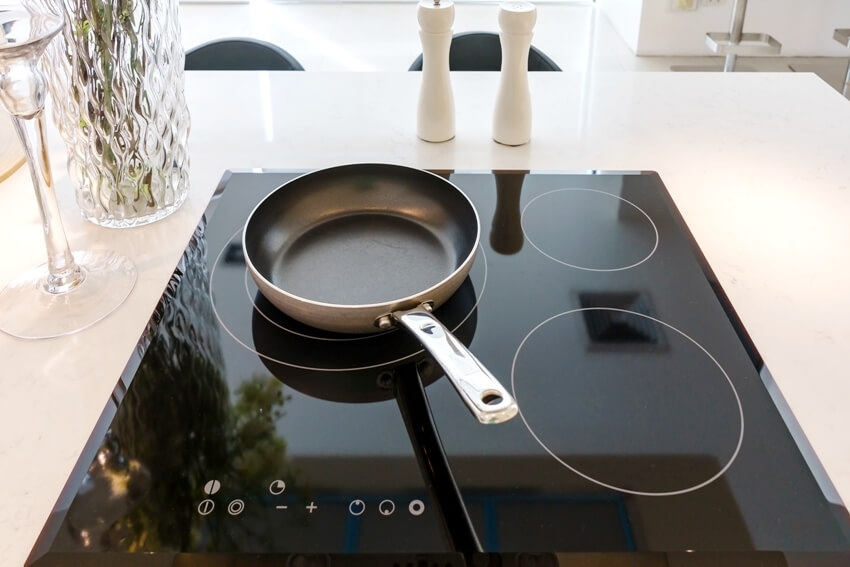 Scratches could be made on any glass surface. The induction coil’s outside body is constructed of steel or hard plastic, which is typically solid and durable and does not scratch easily.

The top layer is normally made out of a high-grade crystal. The glass-ceramic composite surface is long-lasting and resistant to wear. On the other hand, it can still be scratched on. See our ceramic vs induction cooktop comparisons here.

There are just a few types of cookware that respond well to magnetic induction cooking. However, if you’re going to use them irresponsibly, you can possibly scratch the cooktop’s glass surface, or worse, make it cracked.

Do Induction Stoves Give Off Radiation?

Electromagnets are used to create a magnetic current that passes through the pan and into your body every time you get in contact with it. Learn more about the different types of cooktops here.

Are Induction Cooktops Safe To Touch?

The cooking surface of induction cooktops gets hot but only when the cookware is placed on them. This implies that they’re safe.

You won’t be burned even if you accidentally get in contact with the cooking area on an induction cooktop while it’s turned on. However, be careful since it will heat the cookware on top of it, and you wouldn’t want to touch the heated cookware.

But, for added safety, it’s best not to touch the cooking surface right after cooking a specific meal. Although the heat quickly goes away, it’s still better to be safe than sorry.

How To Clean An Induction Cooktop 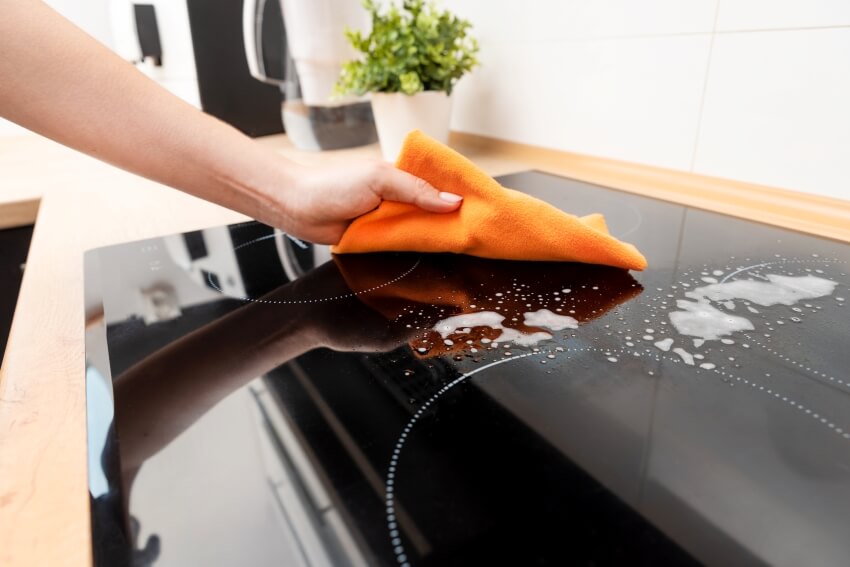 1. Before cleaning the hob, remember to turn it off and allow it to cool fully.

2. In a container or spray bottle, create a cleaning solution by mixing baking soda and white vinegar.

3. Allow 30 minutes for the cleaning solution to sit on the induction cooktop.

4. Wipe the induction cooktop clean with a microfiber cloth to remove any loose food or grime. Concentrate on cleaning the parts that are extremely filthy.

5. Remove the stains off the surface with a moist soft sponge or towel.

6. Wipe away any excess moisture with a gentle microfiber towel and buff dry.

7. To make the entire surface shiny, spray it with glass cleaner or vinegar.

For more related content take a look at our article about a stove in corner of kitchen pros and cons guide. 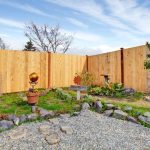 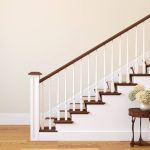