Here’s the gas vs electric ovens pros and cons with the differences in cooking, comparisons in cost, cooking speed, chefs’ preference, and which is best between gas and electric ovens. 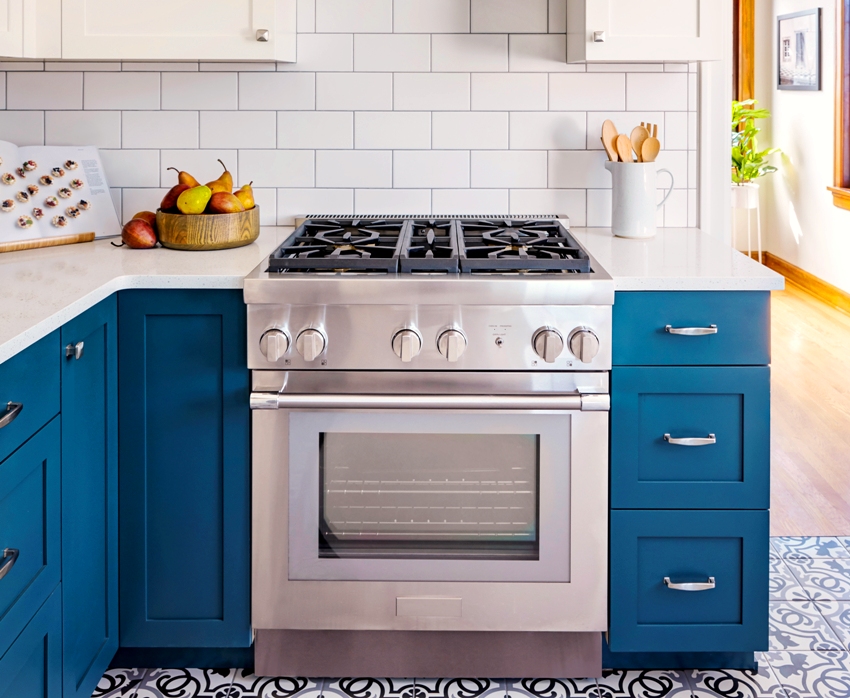 One of the essential elements of a home kitchen is, of course, the cooking appliances. Many people consider a good oven essential as it allows them to prepare various tasty dishes that the whole family will love.

Two of the most common ovens available are the gas and the electric oven. When deciding between the two types of ovens, you need to consider the differences between them and what dishes are best suited to what kind of oven.

Differences Between Gas Vs. Electric Oven 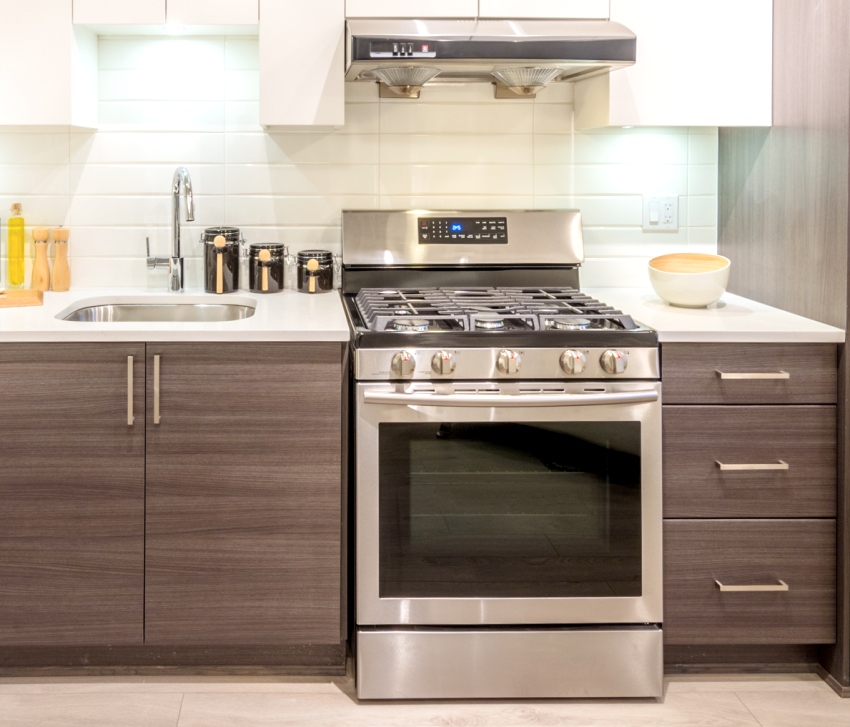 The major difference between a gas oven and an electric oven mostly depends on how the oven generates heat and cooks your food.

A gas oven cooks your food with heat generated from a gas-fueled burner. You control the heat levels of your gas oven by turning a knob which either decreases or increases the gas supply.

A thermostat inside the oven also measures and regulates the heat, ensuring a constant cooking temperature. See our guide to the differences of a gas vs electric cooktop here. 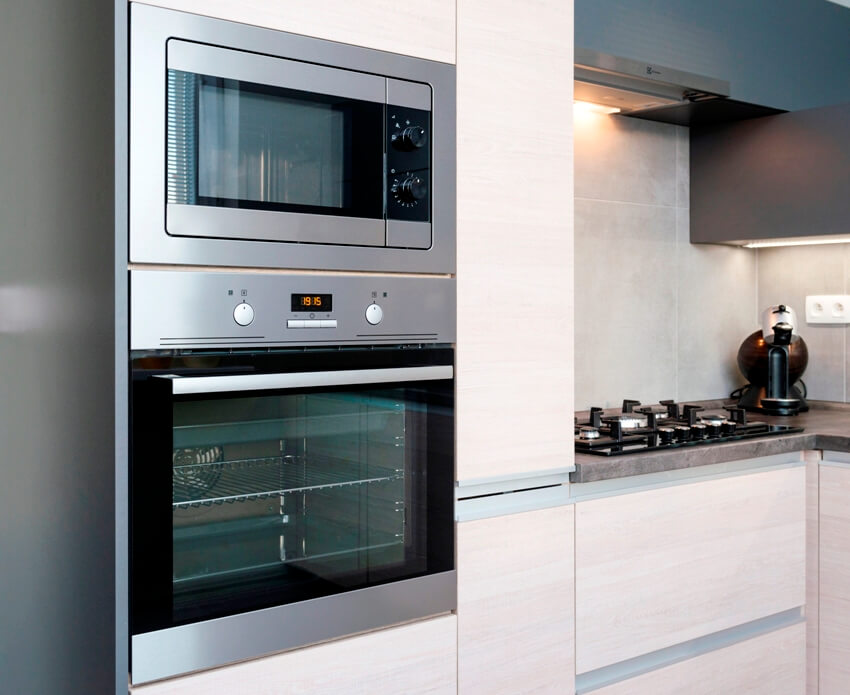 Another major difference between these two types of ovens comes when we look at their power sources. A gas oven is powered by natural gas or propane, while an electric range uses electricity.

While you can cook and bake the same dishes in both a gas and an electric oven, some differences in the heat generated by the different ovens can affect the final product. 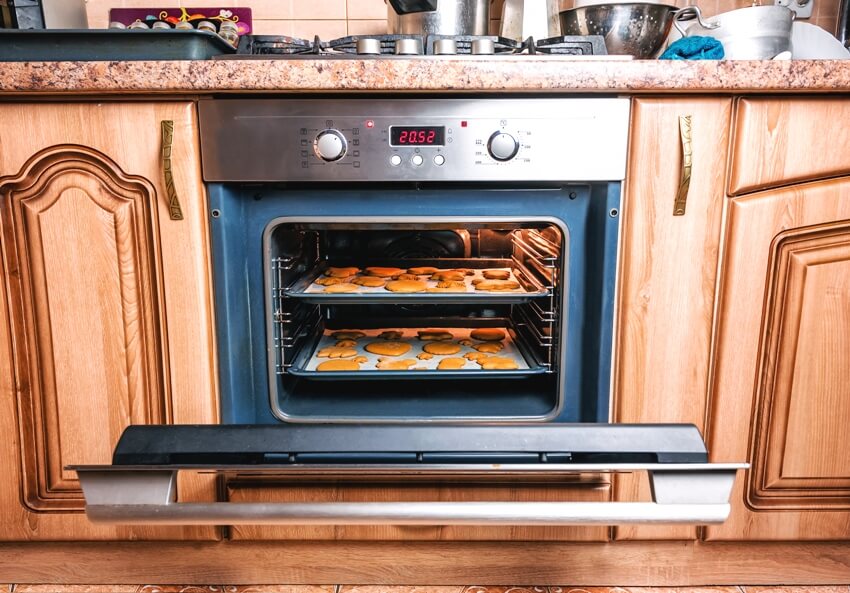 Gas ovens tend to be better at keeping the moisture intact in dishes because water vapor is produced during the combustion process. This makes it a better appliance to use if you want to keep the moisture in your dishes intact – such as with juicy meats or roasts or fluffy cakes and pies. Check our steam ovens pros and cons for more options. 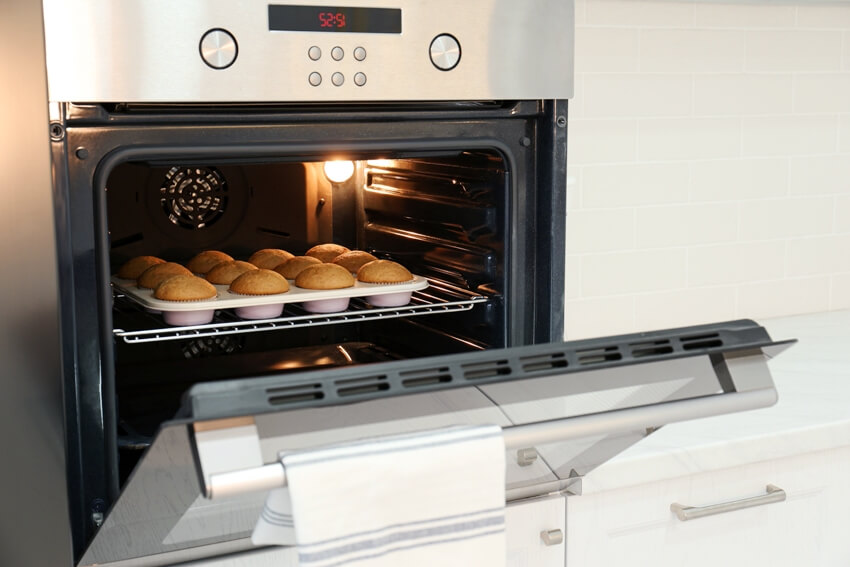 An electric oven also maintains even temperatures throughout the cooking process. So if you’re preparing something that is sensitive to temperature fluctuations, you might be better off with electric cooking.

While the temperature of a gas oven is easy to control, they do tend to produce “hot spots” in certain parts of the oven where the temperature is higher than the other parts. This is why you might have to open the oven door and rotate a pan or dish occasionally to ensure the entire thing cooks evenly.

If you’re planning to bake in an electric oven, you will need to preheat it beforehand; this makes the baking process a little longer. However, it’s easier to ensure that your food is evenly baked because the heat produced is more even. You will also just be able to leave the food in the oven till the cooking period is done as there are no hot spots.

Is Gas Cheaper Than Electric? 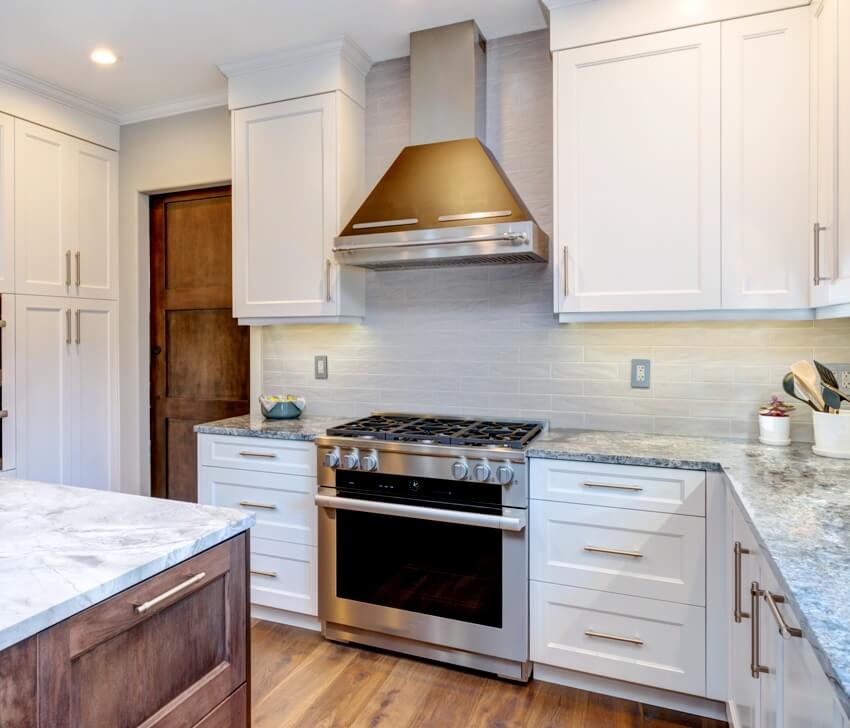 Initially, it might seem that an electric oven is cheaper than an electric oven. But many find that, in the long run, gas ovens turn out to be the more affordable option.

If you look at the different available gas and electric ovens, you might find that the store price of a gas oven is much lower than an electric oven.

However, installing an electric oven might be a little cheaper than a gas oven. Not many homes nowadays are equipped with a gas line in the kitchen, so if you choose to install a gas oven, you will need to pay extra to hire someone to install a gas line. On the other hand, an electric oven just needs to be placed close to an existing electrical outlet.

However, using a gas oven is cheaper and more cost-effective to operate in the long run. Gas ovens are more energy-efficient than electric ovens, and natural gas tends to be cheaper than electricity. 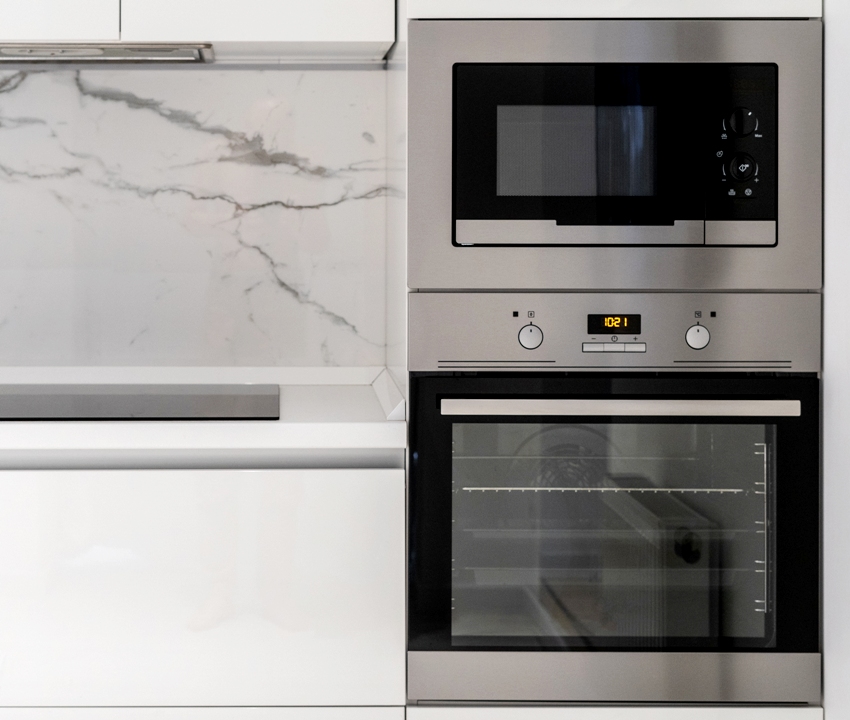 An electric oven will need to be preheated beforehand, which adds to the overall cooking preparation time. However, once the dish is in the oven, there is no real difference in the amount of cooking time needed.

Pros and Cons of a Gas Oven 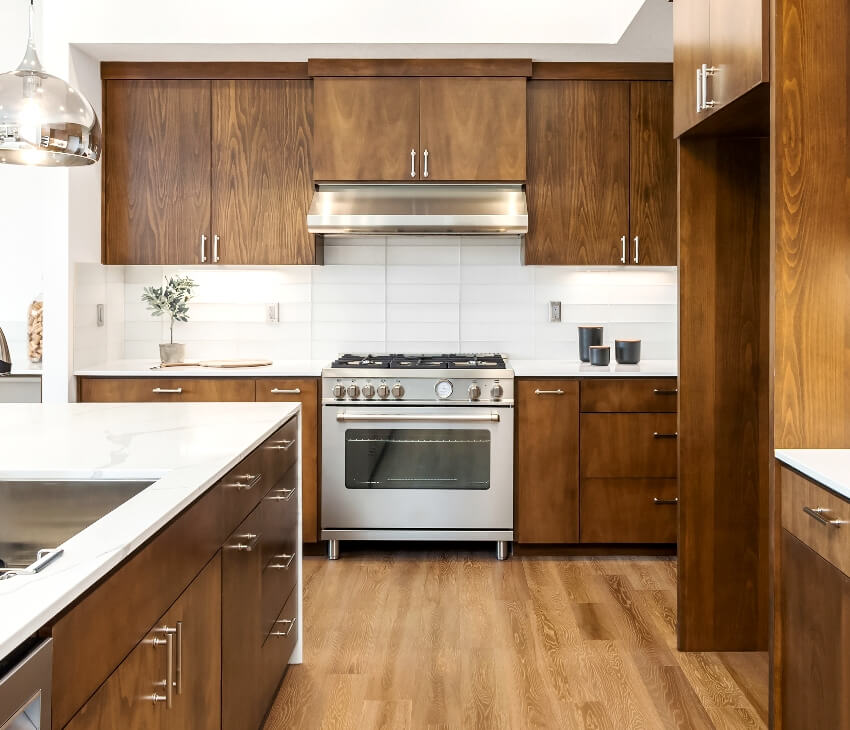 Better cooking experience– Gas ovens are considered highly responsive as they allow you to move between heating levels quickly.

Added flavor & texture – Many agree that food cooked over gas, similar to cooking with a barbecue over an open flame adds a little something extra to enhance the flavor and texture of the meal. 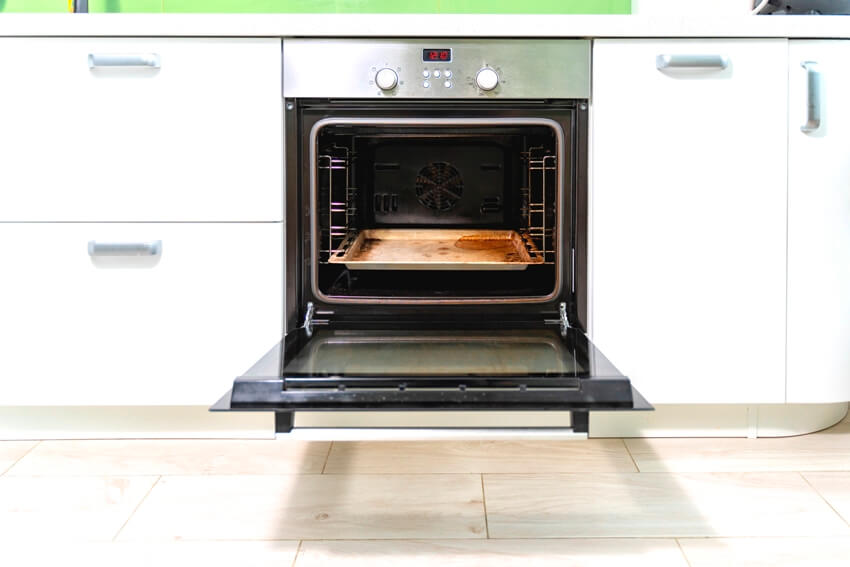 The oven bottom is particularly prone to this since the burners are found at the bottom of your gas oven. Because of this, the lower layers of a dish will always cook faster.

Potential fire hazard – Gas ovens are also considered a bit of a safety hazard. If your gas oven isn’t correctly connected to a gas line, a fire can quickly start and get out of control. Also, not all houses nowadays are equipped to accommodate a gas oven, so you will need to pay extra to get a gas line installed.

Needs proper ventilation & maintenance – Gas lines need to be properly maintained to prevent gas leaks. You also need to ensure your kitchen is well ventilated as using a gas oven releases small amounts of nitrogen dioxide, which can be hazardous to your health.

Pros And Cons Of An Electric Oven 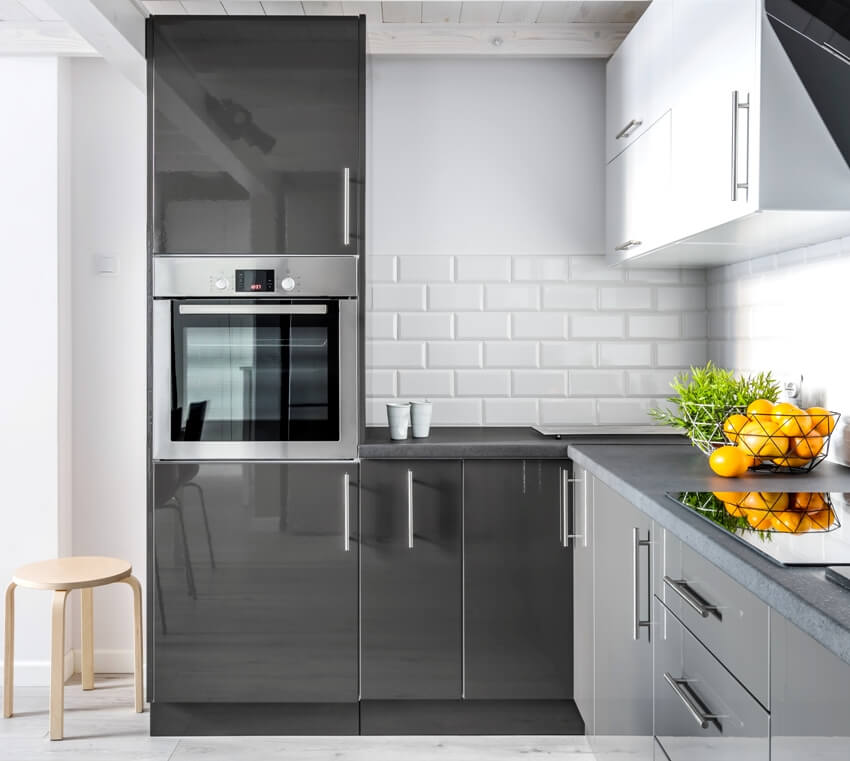 Here’s the gas vs electric ovens pros and cons, starting with the advantages.

Even consistent heating experience – Some people prefer electric ovens because they produce a dry, even heat that’s good for roasting or baking. They also heat the food more evenly and don’t develop hot spots, resulting in more consistent cooking.

Doesn’t require a gas line – Installing an electric oven in your home is more accessible than installing a gas oven. You just need to place your oven close to an electric outlet and plug it in.

Can be more durable than gas – Electric ranges do not have gas ignitors that are prone to breakdown or fuel lines that can become clogged.

Safer than gas units – Electric ovens are safer since they have burners that heat up rather than open flames. 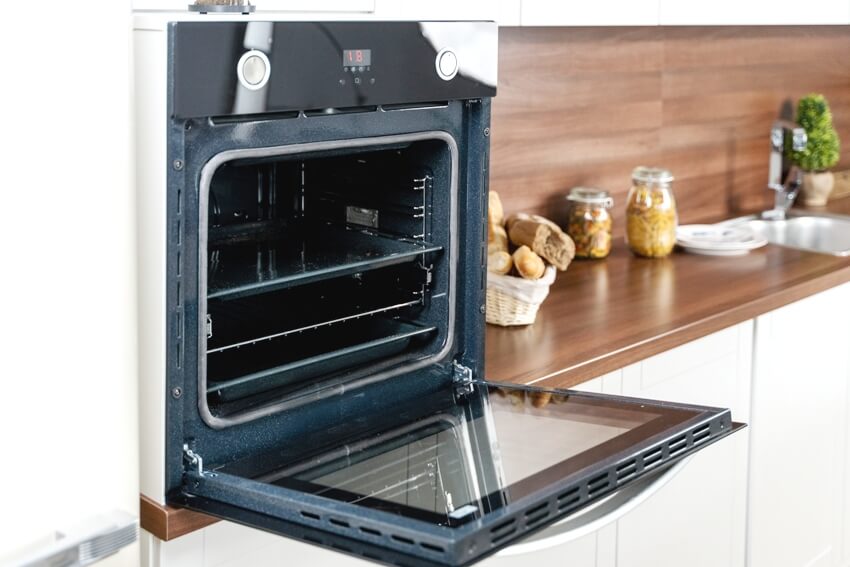 Takes longer to heat – Electric ovens take a little longer to heat than gas ovens and preheating an oven before putting a dish in can add to the preparation time.

Can not use during power outages – Unlike gas ovens you are not able to use an electric oven in the event of a power outage.

Glass oven tops can stain – The glass surfaces on the top of electric ovens are prone to staining and are less durable than cast iron gas stove cooktops. 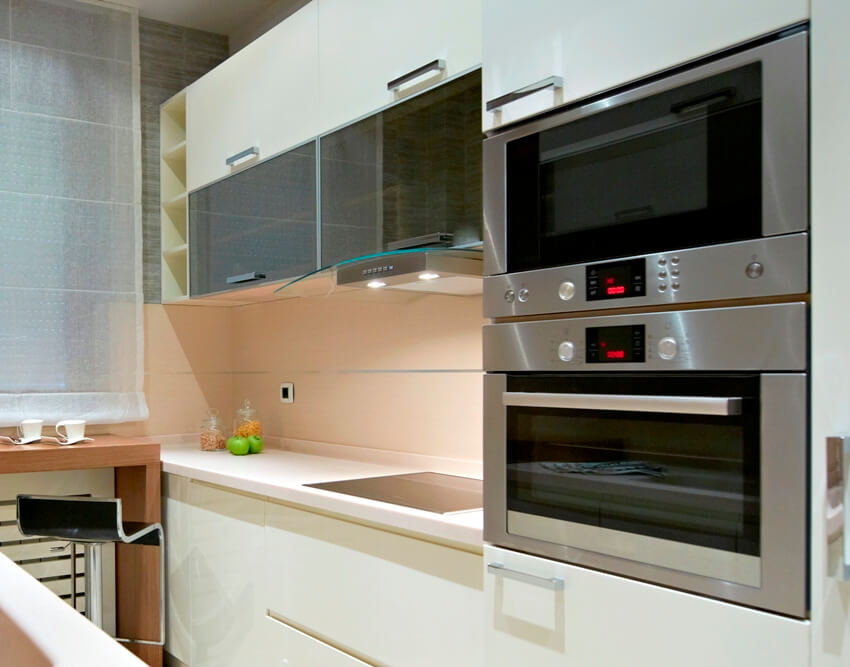 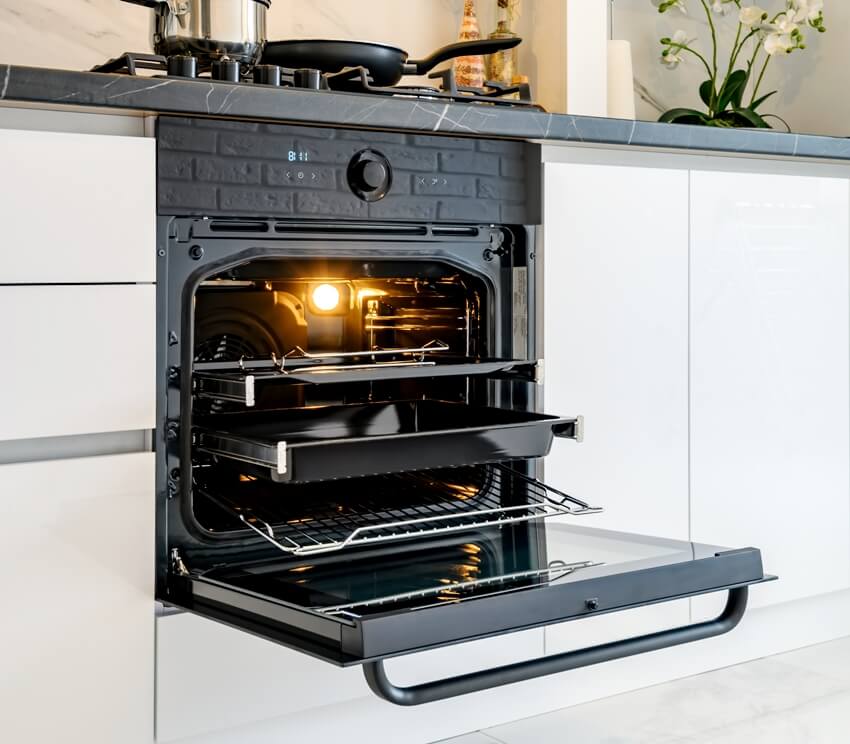 Is A Gas Oven Better Than Electric? 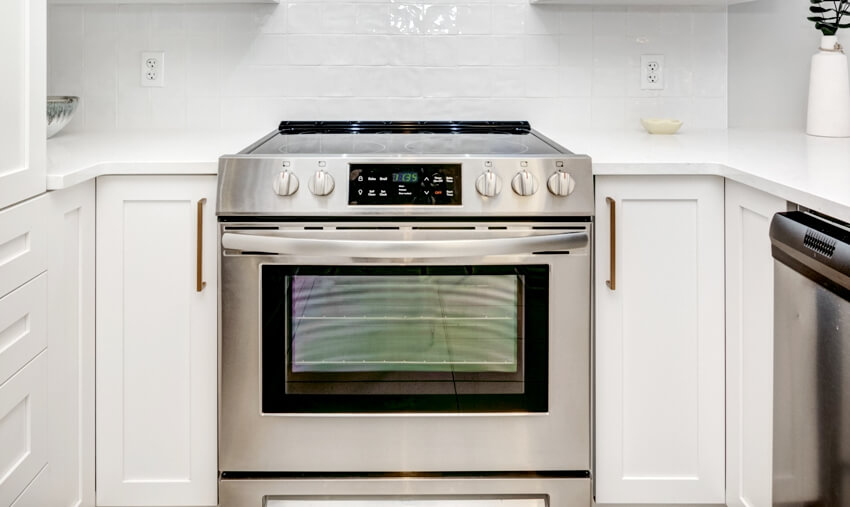 A gas oven is generally considered better than an electric oven if you’re looking for a cooking appliance that heats up quickly and is energy-efficient.

Gas burners tend to provide heat while releasing some moisture which results in a more moist dish overall. This helps prevent the food from drying out while cooking. This moisture can have a downside with the browning and crisping of some types of baked goods.

On the other hand an electric oven provides consistent temperatures which are beneficial while cooking and baking. The final choice will depend primarily on your own personal preferences and cooking needs.

Are there any gas vs electric ovens pros and cons that we missed? If so please let us know in the comments to share your thoughts. For more oven related articles, visit our guide to convection vs conventional ovens pros and cons. 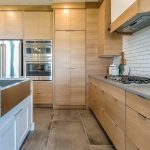 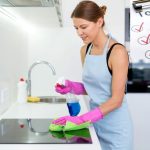