Here we share our chip and seal driveway guide including what is, its color variety, how long it lasts, its problems, its application over gravel, and edge over asphalt.
When it comes to paving driveways, not only should it look very attractive and customizable, but it should also be functional. The chip and seal driveway gives you the opportunity to incorporate design factors such as the color and texture of the driveway surface.

The name “chip and seal driveway” might not be familiar to you but almost certainly have seen driveways and roads built this way. You may just know it by another of its names such as tar and chip driveway, chip seal driveway, seal chip, macadam, or liquid-asphalt-and-stone.

In fact, chip and seal driveways were the original form of paving method which was pioneered in the early 1800s as an efficient and economical means of constructing roadways.

What Is a Chip and Seal Driveway?

Known by the name macadam, the chip and seal was named after a Scottish pioneer engineer for paved roads, John McAdam. He invented the method of layering and paving roads with crushed stone and binders in the early 1800s; thus, known to be the McAdam’s macadam style roads.

Nowadays, a chip seal driveway is an affordable alternative to paving. It makes an ideal solution for roads and driveways that are steeper.

Chip and seal driveway is perfect for farm roads since heavy trucks need the extra traction for grip, especially with their large loads.

Another benefit of installing this driveway, especially in places where climates have a lot of winter weather, is the added traction of the road.  It uses a thin layer of the tar binder from asphalt to hold layers of different types of crushed stone and gravel permanently in place.

They are then compacted on top of the asphalt.  It then creates a textured hard surface that creates an excellent surface for traction.

A chip and seal driveway gives a timeless look and feel of gravel. It provides a stronger and more durable driveway that will blend with the natural surroundings.

Unlike other materials, chip and seal driveways are available in different top-coatings that can match your property’s style such as river rock, slate, brick, granite, and more, giving your driveway multiple appearances. Read more about our guide on the different types of driveways here.

A chip seal driveway is often installed for the added beauty it can bring to any home. It has a variety of colors and shapes to choose from such as tan, red, and brown are very popular colors for the aggregate stone.

The lighter the color of the aggregates, the cooler this driveway type will be.  A variety of rocks for aggregate to choose from includes granite, white and pink stone, and slate and brown river rock.

A chip and seal driveway will cost about twice as much as gravel. But compared to a traditional asphalt pavement, it will be around 50% less in price.

How Long Does a Chip and Seal Driveway Last?

Since a chip and seal driveway will not absorb as much heat from the sun, having less heat retention, it can last between seven to ten years. This depends on traffic and climate before it will need to be re-surfaced.

It can often last long provided it is well maintained. Its longevity will greatly depend on the weather conditions and everyday traffic.  The installation process of a chip and seal driveway also affects its stability and overall longevity.

A chip and seal driveway has a shorter lifespan since it can only typically last ten to fifteen years.  It is often used for private roads and driveways since these areas have low traffic schemes.

They are also susceptible to weather damage such as snow, ice, strong winds, and other elemental forces.  It has a rough surface that can also make snow removal more of a problem.

Chip and seal problems are most commonly a result of some oversight in the initial installation. Some factors include applying the treatment in the wrong weather, improper emulsion, and aggregate application rate, placing the aggregate too late and after the emulsion has broken and making use of dirty aggregate.

Can You Chip Seal Over Gravel?

Chip seal can be applied over existing gravel surfaces. It is a cost-effective way to provide a new surface to a gravel driveway. It also provides an all-weather, skid-resistant surface that creates a water-resistant layer.

Applying chip seal over gravel is only adding 3/8 of an inch to the existing surface. You need to make sure that the condition of the gravel surface is in good shape before the chip seal is to be applied.

If the gravel underneath has cracks this will reflect through the new chip seal surface. It may need to be graded and recompacted creating a new smooth surface before chip sealing over it. Read more about our guide about gravel driveways here.

Is Chip and Seal Better Than Asphalt? 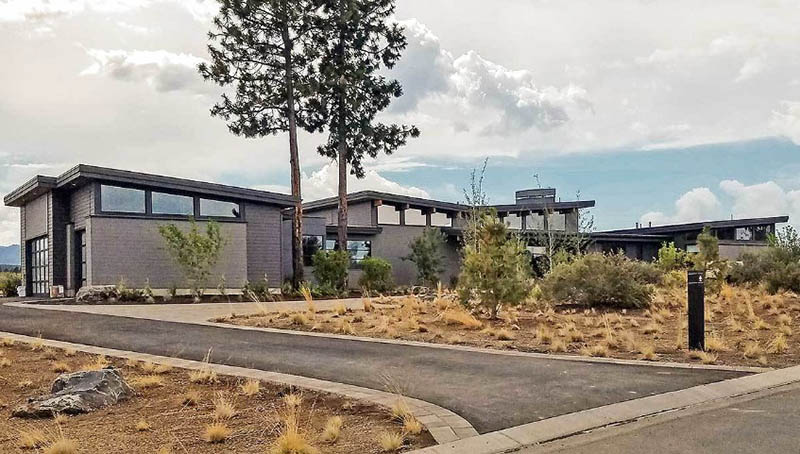 Chip seal is the original paving style. It has a unique look depending on the choice of gravel used as the chip. The top layer look can vary from polished to rustic.

There are a lot of differences when it comes to asphalt vs. chip and seal driveways, even though both asphalt and chip seal driveways have their own unique set of advantages as well.  Every paving project has its own unique needs and so not every project uses the same material.

For low-traffic passage, chip and seal can easily be the best material to use since it is also less expensive. It is cooler and does not absorb as much heat.

The aggregate in the chip seal provides excellent traction on slopes and high moisture areas.  If you need a more long-lasting driveway, then you need the excellent long-term value of asphalt.

See more related content at our article about asphalt vs gravel driveways on this page.