Quote Creating – Creating a quick and accurate quote to give to customers is one of the most important qualities for a software of this sort. Making it a fast and easy process makes the client not want to look to anyone else.

Mobile Usage – Everyone is using a smartphone nowadays and people want to be able to access the software at the touch of a button.

Choosing software that has an app helps when being on site, or when meeting someone impromptu and having information and examples at your fingertips. It is important to check if it is available on phones and tablets that are to be used on the job site by any contractors and installers.

Roofing Design – People like visual, and most roofs have a uniqueness to them. Having the capabilities to draw any roof and add a solar panel design to them is a must have. Making things custom to each roof and client ultimately wins over the sale.

Cloud Based Uploading – Cloud based uploading allows easy collaboration between all the different parts and pieces of the project.  The system should be easily accessible to contractors, developers, financers, designers, installers, etc.

Billing and Bank-ability – How does the client actually pay for the system, after the proposal and the quoting can the client be billed from the same system or is there another process. It is typically easier for it to all be in one system. 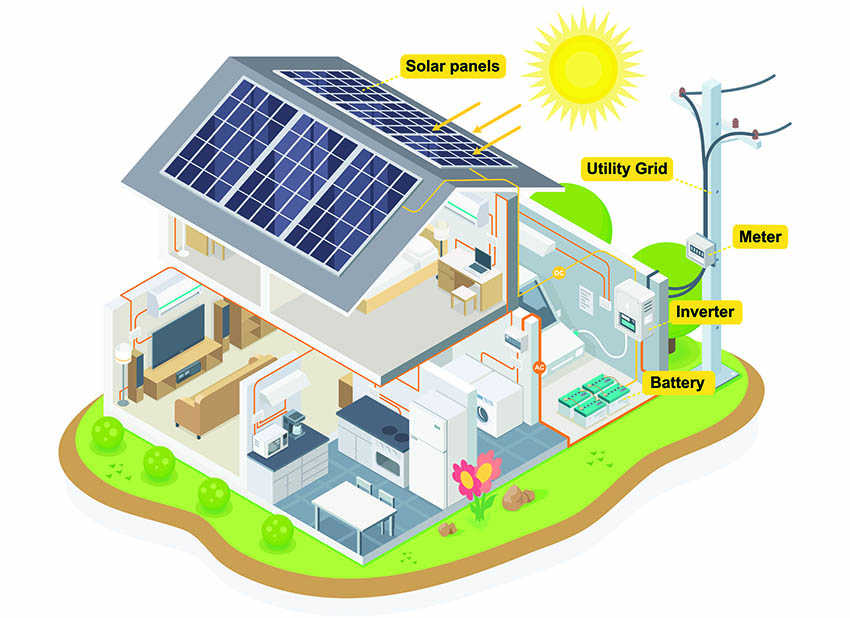 There are a great deal of software programs on the market, some are better than others and some are more designed for homeowners and solar contractors.

Following the brief list of qualities above to know what you want and need out of the system helps to narrow down which software works best for your situation and company.

It is good to note that not all software is free, many of them require membership, or have lite versions with a free component with more advanced paid versions.

Some of the popular solar design software programs are below:

The Aurora system is made by Aurora Solar and is typically is used for commercial and residential sales. This software allows users to calculate the energy output of their systems using a performance simulation engine.

With a large database of modules and inverters the software can be used on a great deal of systems.

Auroa is useful for creating a 3D CAD model for sale panels and estimating how much energy the PV system will produce. The software can accept uploaded blueprints to create a PV system design.

In addition it can determine how many solar panels are needed, the amount of square footage required and how much performance it will generate.

Video on how to use Aurora software:

Helioscope is a software to assist with sales of solar product, as it creates quotes and proposals for customers. The software evaluates options for the systems and takes in consideration things like tilting, azimuth and GCR.

Helioscope is easy to collaborate with and share information with contractors, manufacturers, clients, etc due to it being a cloud based software and all the financial and technical information having the ability to be imported and exported as needed.

This software is used for designing microgrids that distribute power systems. Systems can be designed that use renewable power and fossil-based energy generation. In addition it can calculate costs such as fuel, maintenance, replacement parts and overall capital needed.

HOMER was originally created at the National Renewable Energy Lab in Colorado, where later in 2009 it was licensed to HOMER. The name of the company stands for Hybrid Optimization of multiple energy resources. This software is constantly researched an updated and the newest version is called HOMER Pro.

SAM is short for System Advisor Model, which is just what the software does, it calculates the information of both financial metrics and the performance rates of renewable resources to advise the optimal systems.

This system was one of the many systems developed at NREL (National Renewable Energy Lab), in Colorado, and has worked with both the University of Wisconsin’s Solar Energy Lab and Sandia Labs.

The University of Wisconsin focused on working on the solar power models, while Sandia Labs worked with the photovoltaic models. SAM is a free download with the newest update released in 2014.

BlueSol is a software made by Microsoft, which is accessible from anywhere in the world. It has the capability to import DXF, DWG or image files to create a three dimensional layout.

This software takes the user through the design phases, onto the assessment and into production, documenting everything along the way.

There are multiple versions depending on the use, BlueSol Express is used for quicker applications, while a more advanced system can be found with BlueSol Design.

Pvsyst is typically used by designers to predict the performances of certain systems in different configurations. They use that information to evaluate the optimal energy production systems.

The information pulled is also useful to developers, owners and financers of the project to properly estimate the energy generation and any revenue they expect to see.

The software is ever updating, and the newest update allows for the users of the software to model the performance of Ampt String Optimizers in a large scale system and the benefits it can give.

As the date in the name suggests, this software was made within the last few years. PV*SOL is made by Valentin Software.

This is designed to include newer market items, like electric cars, when estimating energy consumption.

The software allows for the calculation of P90 value, allowing investors to see the 90% probability of the average energy yield and where it can be exceeded. To do this it uses an integrated additional electricity tariff model.

PVComplete is typically used by installers, engineers and the developers, allowing them to collaborate and share information in on space.

There is another extension called PVSketch tha can be used by the sales representative to give a sketch of the ideas and notes to pass along to the developers and engineers, who make it a solid idea and plans, which then gets sent to the installers.

If you have any experience using these solar design software programs or have a favorite, let us know in the comments below.